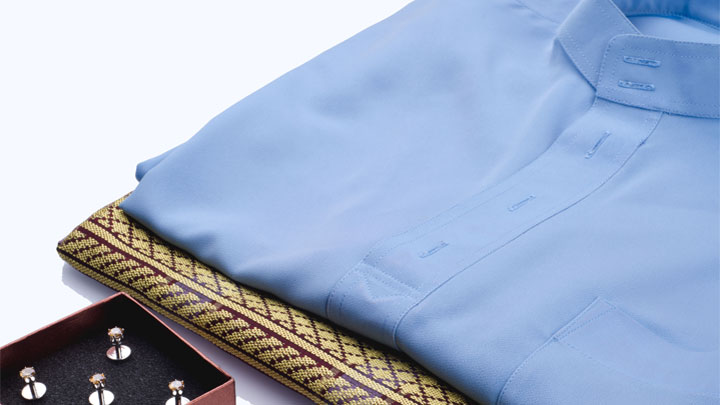 What’s in a Name?
by Natasha Chuah

What’s in a name? Everything it would seem. In today’s celebrity-filled landscape, it takes but a few moments for us to think of famous individuals and we each have our pick of musical artists, film/television stars, sports superstars and media personalities, to name a few. Most celebrities are known to enjoy wide media coverage and command a loyal fanbase. Consequently, many of them go to great lengths to cultivate a certain image and reputation for themselves, expending significant amounts of time, effort and money towards this objective in order to protect their good repute. They recognise that their name can be a brand in itself, which has inherent value and is easily monetised by themselves or unfortunately, by other less scrupulous third parties.

In May 2021, our apex court delivered judgment on a case which involved the misappropriation of the name of a famous Malaysian Nasyid musical artist and composer, Hafiz Hamidun (Mohammad Hafiz bin Hamidun v Kamdar Sdn Bhd [2021] MLJU 816). Nasyid is a particular genre of music featuring Islamic devotional songs. The Defendant in this case was Kamdar, an established clothes retailer and household name to many. In addition to composing music and singing, Hafiz has his own line of clothing, namely Baju Melayu and Kurtas, which are made available for sale online and in boutiques through his company Mikraj Concept Sdn Bhd which later changed its name to Haje Sdn Bhd (‘HSB’).

The legal tussle started way back in February 2017 when Hafiz started receiving messages from his fans and followers on social media, enquiring whether there was any connection between himself and certain products sold by Kamdar under the label ‘Hafiz Hamidun’.

The Plaintiff’s position was that the words ‘Hafiz Hamidun’, being his own name, is an unregistered trademark which he has since applied onto his clothing products, among others, and that the Defendant, by selling similar goods under the same name, was committing the tort of passing off of the unregistered trademark.

A letter was then sent to the Defendant by Hafiz’s lawyers demanding that they cease the usage of the ‘Hafiz Hamidun’ label on their goods. There was no reply to the said letter though shortly afterwards, it was discovered that the labels were surreptitiously changed from ‘Hafiz Hamidun’ to ‘Afiz Amidun’.

Even with the removal of the ‘H’ letters, the Plaintiff averred that it was obvious to any reasonable person that the ‘Afiz Amidun’ label was a clear reference to ‘Hafiz Hamidun’, being virtually identical from visual, phonetic and conceptual perspectives.

The Plaintiff was successful in the first instance after the Court found that the three elements of passing off, namely, goodwill, misrepresentation and loss, were established based on the evidence.

After leave to appeal was granted, the framed questions for appeal were:
a) Whether the label ‘Hafiz Hamidun’ had goodwill which could be passed off; and
b) Who was the correct party with standing to bring the passing off claim?

In responding to the framed questions, the Federal Court found there was overwhelming evidence of goodwill attached to the ‘Hafiz Hamidun’ name and affirmed the High Court’s finding that the goodwill in the name indeed belonged to the Plaintiff and not HSB. After all, the unregistered ‘Hafiz Hamidun’ trademark was identified with the Plaintiff, the trademark was in fact used by him and the result of such substantial usage was an accumulation of goodwill by the individual himself.

On the second question of standing, the Court relied on the English authority Irvine and another v Talksport Ltd [2002] 2 All ER 414 (‘Irvine’). This well-known passing off case involved the unauthorised use of the image of the famous Formula 1 race car driver, Eddie Irvine, by the defendant to endorse the latter’s radio station. In brochures produced by the defendant, a photograph of Eddie Irvine was doctored such that he appeared to be holding a portable radio advertising the defendant’s radio station.

In Irvine, the defendant pleaded that the companies providing the endorsement services on behalf of Eddie Irvine using the latter’s name were the proper plaintiffs. In rebutting the argument, the learned judge opined that the fact that Eddie Irvine provided his endorsement services through a network of companies did not deprive him of his right to sue since such corporate arrangements did not change the fact that it was his fame and personality that were being exploited and the misrepresentation made to the public that it was he who endorsed the defendant’s radio station. He went on to say that the existence of the goodwill was entirely due to Eddie Irvine’s achievements in the racing industry as well as the reputation and influence he had developed.

Applying the principle in Irvine to the present case, the Federal Court held that a celebrity who has generated goodwill is the owner of such goodwill (the Plaintiff being one such) and may bring an action of passing off on his/her own behalf, notwithstanding any commercial arrangement for the monetisation of said goodwill.

The Court subsequently expanded on the subject of commercial arrangement in scenarios such as these. In the present case, the Federal Court’s accepted the Plaintiff’s proposition that there was an implied license between the Plaintiff and HSB for the latter’s use of ‘Hafiz Hamidun’.

However, the Court went on to say that whether there was an agreement, either formal or implied, between the owner of the goodwill and the commercial entity, the use of the goodwill is a commercial matter between those parties, to which the wrongdoer is merely an outsider. Such an arrangement does not alter the fact that the wrongdoer had used a trademark without consent and profited through the deception. In any event, the Court would not allow such a technicality, even if it existed, to exonerate the defendant’s wrongdoing. The Court relied on the case of Yong Sze Fun & Anor (t/a Perindustrian Makanan & Minuman Layang-Layang) v Syarikat Zamani Hj Tamin Sdn Bhd & Anor [2012] 1 MLJ 585 as authority for this principle.

To sum up, this case confirms the generally accepted legal principle in passing off claims that involve a celebrity or a well-known individual, be it his/her actual name, stage name, moniker, image etc. where goodwill is established, the celebrity him/herself or any related entity (including licensees) have the proper legal standing to bring an action in passing off against any third party who is misappropriating the said goodwill.