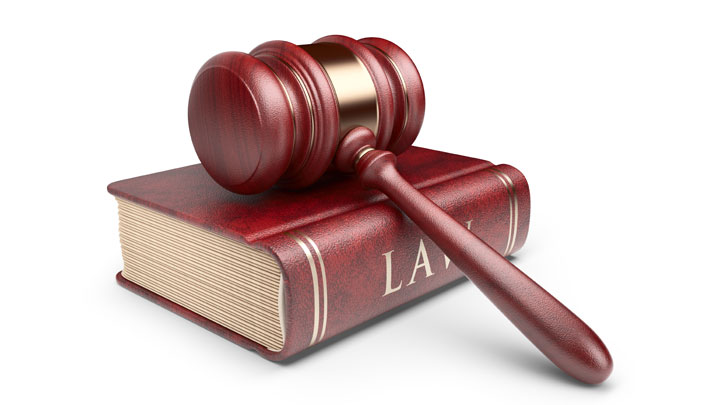 The above statement was recently pronounced by a full quorum of the Federal Court’s panel of 5 judges with regard to the role of the Trade Mark Registrar as a party to a rectification or cancellation action. In Malaysia, a cancellation action against a registered trade mark is a legal action, not administrative. The case in question is HO TACK SIEN & ORS V ROTTA RESEARCH LABORATORIUM SPA & ANOR (REGISTRAR OF TRADE MARKS, INTERVENER) 2015 4 MLJ 166.

Both parties were successful in obtaining leave to appeal to the Federal Court against the decision of the Court of Appeal. The Federal Court allowed the application by the Registrar of Trademarks (‘the Registrar’) to intervene in these two appeals. The background or the facts of the case were peculiar and interesting to say the least. The 1st Plaintiff is the manufacturer and registered trade mark proprietor of “VIATRIL-S” (hereinafter referred to as “the said mark”) which was used for the treatment of osteoarthritis. The trade mark “VIATRIL-S” had been registered since 1976 in Malaysia. It is used extensively and is a valid and subsisting trade mark registration. The 2nd Plaintiff is the 1st Plaintiff’s authorised distributor for the products bearing the said mark.

The Defendants appealed. At the Court of Appeal (CA), the decision of the Learned Judge of the High Court was affirmed but the CA judges disagreed with the HC Judge’s finding in allowing the cancellation of the 3rd Defendant’s mark i.e. the offending mark. The CA was of the view that the Defendants’ trade mark was registrable as a trademark under Section 10 of the Trade Marks Act 1976 (hereinafter referred to as “the Act”). The Court of Appeal made reference to Section 19(3) of the Act and held that the Registrar has a discretion to refuse registration. Since the Registrar proceeded with the registration of the offending mark, the registration was prima facie evidence of the validity of the 3rd Defendant’s trade mark. The Court of Appeal also observed that the Plaintiffs took no steps under Section 28 of the Act to oppose the registration. Further, the CA was of the view that the High Court ought to have received the evidence from the Registrar before exercising his discretion to order the expungement of the offending mark based on Section 62 of the Act.

Thus, the two questions of law posed to the Federal Court were as follows:

The first question was crafted by the Defendants whereas the second question, by the Plaintiffs.

The Defendants submitted firstly, under Section 4 of the Act, the power to administer all matters relating to trademarks is vested with the Registrar. The principal functions of the Registrar as provided for under the Act and its regulations includes giving preliminary advice to a person who proposes to apply for the registration of a trademark. The fact that the offending mark was allowed registration by the Registrar was sufficient evidence to show that the offending mark was not deceptively similar or likely to cause confusion when compared with the 1st Plaintiff’s said mark ‘VIATRIL-S’.

Secondly, the Registrar was entitled to be heard in any legal proceedings relating to the trademarks registered on the Trademarks Register as provided under Section 62 of the Act. Thus the failure of the Plaintiffs to call the Registrar to give evidence at trial must be taken to have admitted or conceded to the decision of the Registrar in approving the registration of the offending mark “ARTRIL 250”.

In reply, the Plaintiffs contended that there was no need to bring the Registrar as a party since there was no cause of action against the Registrar. The Registrar has a right to appear if he deems fit or if the court requires his assistance. It was also put forth that it is the Courts that has the power to expunge any mark that has been wrongfully registered or wrongly remaining on the register. Once the grounds for revocation or removal of a mark have been made out, the mark must be removed or expunged from the Register. Additionally, it was argued that it is not for the Registrar to refer any matter to the court. If there is a trade mark dispute, then it is for the aggrieved party to bring an action in court for resolution. With regard to the Court of Appeal’s finding that the registration of the offending mark affords a defense, Counsel for the Plaintiff argued that registration is not a defense in relation to marks that have been wrongfully entered on to the Register. Submissions by the intervenor concurred with the Plaintiff’s arguments and were wholly adopted.

Subsequent to the submissions made, the full quorum unanimously decided on the following:

a) There is no requirement to bring in the Registrar as a party to a suit where there is no cause of action against the Registrar. This is because there are no statutory provisions for this and Section 45, which deals with cancellation of marks is silent on this;

b) Neither the Court nor the Registrar has the discretion to allow a mark that has been wrongfully registered to remain on the Registrar. Once the grounds for cancellation have been made out, the mark must be removed or expunged from the Registrar;

c) It is not the duty of the Registrar to refer any matters to the Court. Disputes to identical trademarks must be brought by the party aggrieved by the registration of the mark to be cancelled;

d) A cancellation action is not dependent upon Section 62 of the Trade Marks Act, which accords the right of the Court to call the Registrar for assistance or if the Registrar wishes to do so. This Section cannot be read that the Registrar ought to be made party to the action;

e) The Court of Appeal’s finding on the validity of a registered trade once registered is a rebuttable presumption. Once there is sufficient evidence to show that a mark was not validly registered, the natural remedy would to remove, cancel and/or expunge it from the Register. Registration is therefore not a defense for marks that have been wrongfully entered onto the Register;

f) A determination of likelihood of confusion and/or deception lies with the Court and not with the Registrar of Trade Marks.

In summary, the above decision will serve to lay the foundation in guiding trade mark cancellation actions from now onwards. This in effect will likely change the current practice where the Registrar of Trade Marks would be named as a party to a cancellation suit. It remains the case however that the Registrar is free to intervene or as provided in Section 62, appear in Court when the Court requires the Registrar’s assistance.