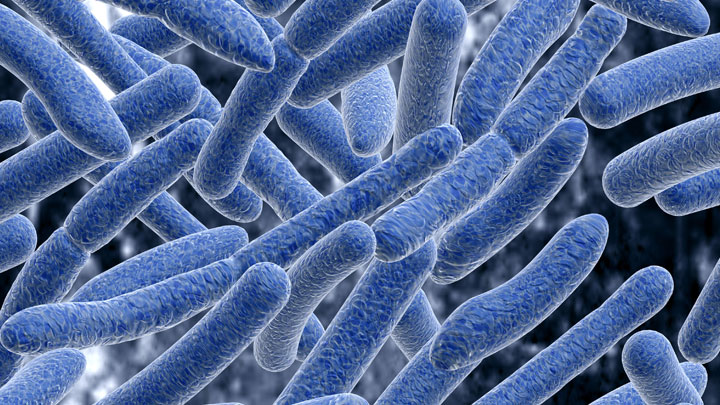 There are presently 79 countries that are party to the Budapest Treaty (amended 26 September 1980) on the International Recognition of the Deposit of Microorganisms for the Purposes of Patent Procedure. Accession to the Treaty is open to member states of the Paris Convention.

Deposition of biological materials (including microorganisms) is necessary to meet the enabling disclosure requirement of patenting. Insufficiency of disclosure is one of the possible grounds for invalidation of a Malaysian patent. Generally, it is impossible to sufficiently disclose an invention either directed at or requiring the use of biological materials merely by way of written description. This is typically addressed by depositing a sample of the materials with an International Depositary Authority (IDA). All member countries of the Treaty recognizes a deposit made in any IDA which will be treated as sufficient for patent purposes.

At the time of writing, Malaysia has yet to accede to the Budapest Treaty. For some years now, accession to the Treaty has been one of a number of key Intellectual Property Rights Protection (IPR) issues brought up by the United States of America in ongoing trade negotiations such as the Free Trade Agreement and the Trans-Pacific Partnership Agreement. However, local civil society groups have continuously lobbied against Malaysia conceding ground on various “red line” issues including such IPR matters.

There are pros and cons to Malaysia’s accession to the Budapest Treaty.

Currently, there are no provisions in Malaysian patent law for deposits of biological materials. When a Malaysian patent application requires the use of a biological material, the Malaysian IP Office’s (MyIPO) current practice is to require the Applicant to execute a Statutory Declaration confirming that they will either furnish a sample of the material to any person requesting a sample or if a deposit has been made, to provide the requestor with a Declaration authorizing the authority to furnish the requestor with a sample. This requirement has occasionally been interpreted overly broadly by patent examiners such that a Declaration is requested for at the mere mention of biological materials in the specification, regardless of whether that material is actually needed for performance of the claimed invention.

Amendments to the Patents Act that can be seen to signal Malaysia’s long awaited accession to the Budapest Treaty have been proposed and are anticipated to be passed in Parliament.

A specific legal provision for deposition of biological materials has been made. Deposition will be a filing date requirement for direct convention and non-convention patent applications and can be made either at a National Depository Authority (NDA) or an IDA, before the filing date of the application. This provision will not apply to PCT-derived national phase applications.

Definitions of biotechnological inventions, biological material, modified biological material, essentially biological processes, microbiological processes, microorganisms and modified microorganisms have also been proposed. The proposed definitions are in line with those set out in the European Patent Convention (EPC 2000), particularly EPC Rules 27 to 29, as well as the European Union Directive on Biotechnological Inventions (EU Directive 98/44/EC).

Although it is the practice of MyIPO to adopt the European Patent Office’s approach with regards to substantive matters concerning biotechnological inventions, allowance of any particular claim-type largely depends on an individual examiner’s interpretation. It is difficult to be certain of the level of claim scope permitted for microbial/nucleic acid/biological material in Malaysia at present, since there is little or no guidance from MyIPO and the validity (or scope) of such claims have not yet been contested before a Malaysian High Court.

It is hoped that introduction of legal definitions for such biological terminology will provide clarity and enable greater certainty on interpretation of claim scope and validity. The proposed legal definitions together with accession to the Budapest Treaty could be advantageous to Applicants in several ways.

It may become possible to rely on deposited material when referring to DNA and/or amino acid sequences. Sequencing errors are not uncommon and can lead to incorrect disclosure of DNA or amino acid sequences. In such a scenario, it would be helpful for the Applicant to rely on the deposited material for “correction” of the error, for example, by way of a product-by-process claim that recites the deposited strain as a starting material.

Applicants could also possibly rely on deposited material as a starting point for broader claim language. A claim directed at a deposited microbial strain could possibly be interpreted to cover mutant strains provided teaching on mutagenesis and characteristics of possible mutant strains are disclosed. It could also become possible for Applicants to rely on deposited material to defend patentability (inventive step or sufficiency of disclosure).

Although not compulsory under the Budapest Treaty, it will be beneficial for Malaysia to form an IDA as this will greatly reduce filing costs for local inventors as well as inventors from neighboring ASEAN countries. Presently, it is necessary for local and regional inventors to deposit biological materials with foreign IDAs at high costs. Dialogue between the Government and local research institutes and universities on the formation of an IDA has been ongoing since June 2007. Selection of an existing facility hosted at a local research institute or university for approval as an IDA by the World Intellectual Property Organization (WIPO) is expected.

Regardless of whether a Malaysian IDA is ultimately established, accession to the Budapest Treaty can still be a positive development for local inventors and small and medium enterprises (SMEs). The Treaty provides for the recognition of authenticity of deposits made (and the date of deposit) that fulfill the requirements of a lawful deposit. Such deposits can be relied upon by local inventors and SMEs, who tend to have insufficient financial means to pursue IP protection, to assert proprietary rights. A lawful deposit can act as a barrier to unauthorized patenting of biological material if a provision is made in Malaysian patent law similar to EPC Rule 31(1)(d) where an applicant will need unreserved and irrevocable consent of a depositor before a patent application concerning biological material previously deposited can be validly filed.

On the other hand, accession to the Budapest Treaty could prove to be a hindrance to Malaysia’s responsibilities as a signatory of the Convention on Biological Diversity (CBD). Although not expected to be included in the first wave of amendments to Malaysia’s Patents Act, provisions to formally recognize Traditional Knowledge (TK) and Genetic Resource (GR) documents in the substantive examination procedure have been proposed in a subsequent wave of amendments. These provisions require submission of evidence of Prior Informed Consent (PIC) and Certificate of Origin (COO) during examination and TKs and GRs would be recognized as relevant prior art for search purposes. However, the strict secrecy surrounding deposits of biological materials made under the Treaty impairs the gathering of data on implementation of the CBD’s GR disclosure requirement for access and benefit-sharing, thereby, quite possibly hindering the reliable identification of GR misappropriation and any hope of mutually beneficial resolution of such misappropriation of valuable biological material and Malaysia’s natural biological resources.

As can be expected, there are currently a host of uncertainties on the implementation of the provisions of the Budapest Treaty in Malaysia and the impact whether positive or negative it could have on the local patent industry as well as on our nation’s rich biota heritage. It is hoped that the implementing regulations of the proposed amendments to the Patents Act, a draft of which has yet to be issued by MyIPO, would serve to clarify the situation rather than induce further ripples of uncertainty.