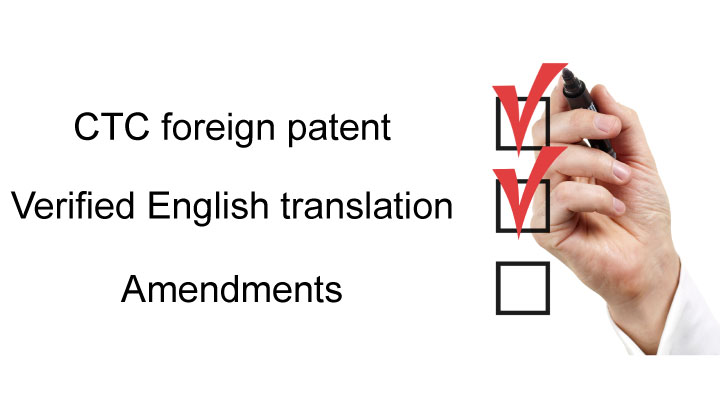 The pendency of a Malaysian application normally lasts 3-4 years before it proceeds to grant where much of it is spent waiting for its examination.

The answer to the above would be the modified substantive examination.

To request for a modified substantive examination, the Applicant must have a granted patent from any one of these countries: Australia, United Kingdom, Japan, Korea or the United States of America, or under the European Patent Convention. In addition, the Applicant must be willing to amend the Malaysian patent specification to conform with the granted specification of the elected patent.

The request for modified substantive examination must be accompanied by a certified true copy of the granted specification of the said elected patent and a verified English translation (if applicable). The certified true copy of the granted specification should be authenticated by the granting Patent Office with a seal and/or signature of an authorized certifying officer. Otherwise, it may be certified by a Notary Public from the Applicant’s country. The verified English translation must be accompanied by a verification statement signed by the translator.

This method of examination will mean that the Malaysian application shall have to claim the same invention or essentially the same invention in order for the Malaysian Examiner to rely on the positive patentability results of the elected patent. That being said, there are several instances where differences are allowed or even required in accordance with Malaysian patent law and practice. For example, claims directed to non-patentable subject matter would have to be omitted or amended to an acceptable format and claims which do not define the invention in terms of the technical features would have to be omitted.

Modified substantive examination generally cuts back on the issuance of adverse examination reports. Since there is a higher chance of receiving a clear report as the next office action for the amended claims which are in conformity with the elected patent, it is highly advisable to ensure that all substantive and formal requirements unique to Malaysian patent law and practice are in order so that the Malaysian application will be allowed. Once this is taken care, it is unusual to receive patentability objections.

Last but not least it must be highlighted as a word of caution that a later decision taken by the Applicant to prosecute a different set of claims is not possible once modified substantive examination has been requested. To summarize, a modified substantive allows the Applicant to have its Malaysian application granted within a shorter time frame provided it complies with all the due requirements of this procedure.