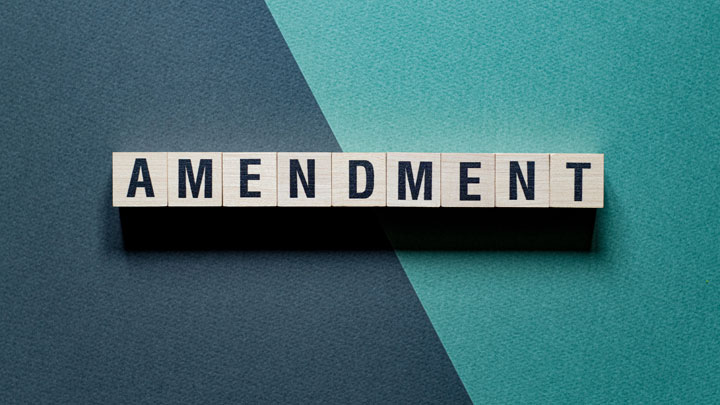 The long-awaited Patents (Amendment) Act 2022 together with the implementing Regulations has finally come into force on 18 March 2022. After more than a decade of intense discussions, proposals, and referendums, the amended Act was tabled, read and passed by the Upper House (Dewan Negara) of Parliament on 22 December 2021, followed by Royal Assent on 04 March 2022 and enforcement effective 18 March 2022.

Here are a few of the new provisions introduced for Malaysian patents for the first time.

Restoration of right of priority

For direct applications, publication will now occur in the Official IP Journal eighteen months from the filing date or earliest priority date. If preferable to applicants, it is also now possible to request for early publication of patent applications.

The new Section 34A now formally provides for the submission and consideration of third-party observations for pending patent applications, enabling third parties to submit prior art that might be of relevance for assessing novelty and inventive step along with their observations on relevance to patentability. Importantly, this new provision provides early opportunity for third parties to intervene in the prosecution of competitors’ patent applications of relevance to them.

Patents as a security interest

The amended Act and Regulations has also introduced some notable changes to past practice.

The requirement for written authority for first filing outside Malaysia now formally applies to both an applicant and inventor(s) who are resident in Malaysia as defined under the amended Act and Regulations.

In addition to newly prescribed forms and official fees for the request for grant of written authority and an invention disclosure, it is now necessary to submit an executed Power of Attorney (Form 17) with each request.

Amendment of Section 29A(6) and (6A) of the Act now restricts the option of deferment only to a deferment for requesting modified substantive examination. Such deferment can only be granted on the basis that the prescribed (EP, US, GB, AU, JP, KR) corresponding foreign patent has not yet been granted or is not available at the time of requesting deferment.

In addition to the payment of an official fee for deferment, it is now necessary to inform MyIPO, in the request for deferment, of the filing details (country code and application number) of the foreign patent(s) that are pending and could form the basis of the MSE request in the future.

Deferment for requesting normal substantive examination is strictly no longer possible. This means that in the absence of a prescribed foreign patent that could form the supporting basis for a MSE request, the applicant would have no other option but to request normal substantive examination by the regular exam request deadline. Failure to do so will result in automatic abandonment/withdrawal of the application.

When filing a request for normal substantive examination, the applicant is now no longer obligated to provide information and supporting documents related to the prosecution of relevant (EP, US, GB, AU, JP, KR) corresponding patent applications. Deletion of this provision has been long awaited by practitioners and applicants alike.

Section 26A that provided for voluntary amendments under the old Act has been completely deleted. Under the amended Act, a clause that provides for amendments has been inserted into amended Section 79 which pertains to the Power of the Registrar to Amend Patent Applications. Under amended Section 79, it is possible for the applicant to voluntarily request for amendment to the specification either to correct an obvious error or mistake, or, to make a substantive amendment to the description, claims and/or abstract. Any such request must now be accompanied by an official form and payment of a prescribed official fee, and, be subject to review and acceptance by the Registrar.

At this early stage, it is not possible to say with any certainty how or what criteria the Registrar would apply to accept (or reject) any requests for substantive voluntary amendments. From what we understand from MyIPO, the principle behind the amendment to the provisions related to voluntary amendments is an attempt to provide MyIPO with some certainty of the version of the specification (claims) under examination. In the past, many applicants would submit numerous voluntary amendments at any time during prosecution and it has happened often that MyIPO examiners end up performing substantive examination on the wrong version of the specification as the latest amendments submitted had not yet reached them.

The above new provision in amended Section 79 of course does not affect any substantive amendments to the specification made due to a request for modified substantive examination, or in response to an examiner’s objection in an examination report since those amendments are not strictly “voluntary” on the part of the applicant.

Although the two deadlines for a voluntary divisional application and for responding to the first Examination Report fall on the same day, applicants must make careful distinction that obtaining an extension of time to the exam report response deadline does not automatically extend the voluntary divisional filing deadline.

Under the amended Section 17B and Regulation 33C, the term for requesting conversion from a patent to a utility innovation (or vice versa) has now been shortened by half to 03 months from the mailing date of the Examination Report and this deadline is strictly not extendible. Since a request for conversion is also subject to acceptance by the Registrar, there was some initial uncertainty on whether MyIPO would grant conversions for applications where no substantive patentability objections have been raised by the Examiner in the Examination Report. Patent applicants would often only need to request conversion of a patent application to a utility innovation application (or vice versa) due to substantive objections or prior art citations. MyIPO has now informally confirmed that requests for conversions would be accepted even in instances where no substantive objections have been raised.

In addition to correction of clerical error or obvious mistakes, provisions have now been added to enable post-grant substantive amendments of the patent coupled with a request for re-examination of the patent, either voluntarily by the patent owner or at Registrar’s direction.

Under the amended Section 35A, the time limit for an application for reinstatement of a lapsed patent has been reduced from two years to 12 months from the date of a notice of patent lapse being published in the IP Official Journal.

Enforcement of the following landmark provisions in the amended Act and Regulations has been deferred for the time being.

Provisions related to the Budapest Treaty

To comply with the provisions of the Budapest Treaty on the International Recognition of the Deposit of Microorganisms for the Purposes of the Patent Procedure, a new Section 26C and Subsection 78O(1A) will, in the future, eliminate the requirement to separately deposit microorganisms in each country where patent protection is being sought.

When in force, the amended Section 34 will allow for public inspection of prosecution documents inclusive of Examiner’s search and examination reports and communications between the patent applicant and Registrar as well as prior art (patent and non-patent literature) submitted to the Registrar.

New Sections 55A and 56A will provide a mechanism for Malaysian patents to be opposed before the Registrar in the future. Any interested person may, within a prescribed period from the date of grant, commence opposition proceedings by filing a notice of opposition with the Registrar.

The changes embedded within the amended Patents Act and Regulations 2022 are no doubt exciting and signals a significant shift for Malaysian patent practice. We look forward to a fruitful and smooth transition into this new era of patent protection in Malaysia.