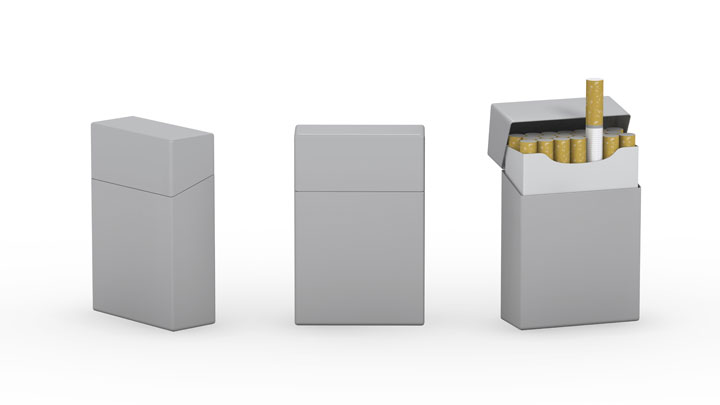 The Tobacco Plain Packaging Act 2011 in Australia has set in motion a global debate. The Australian Act mandates that the design of tobacco products and their packaging be standardized so that only the brand name can be retained in a standard typeface, colour and size i.e. in plain white font against a brown background. Unsurprisingly, the passing of the said Act was met with strong resistance from the tobacco product industry, both Down Under and abroad. Tobacco corporate giants raised a legal challenge before the Australian High Court but it was decided in 2012 that such anti-tobacco legislation was not unconstitutional.

We also witnessed the ripple effect of the plain-packaging regulations throughout the international community, with legal challenges being raised at the World Trade Organization (WTO) by at least five countries who are heavily-invested in the tobacco industry. WTO had to decide if there was a breach of TRIPs Agreement which guarantees IP rights protection in WTO countries according to TRIPs standards. Some thirty odd WTO member countries (including Malaysia) have also reserved their third party rights in these disputes.

In Malaysia, this international development is being monitored with much interest because the prospect of similar plain-packaging regulations being implemented here is very real. Since 2008, there is already mandatory pictorial health warnings (covering between 40-60% of the packaging) imposed by the Control of Tobacco Product (Amendment) Regulations 2008 on tobacco products made available for sales locally. If implemented, plain-packaging restrictions will further invade into the remaining space and strip such products of any distinguishing trade mark identity, save for the mark itself in plain font.

To assist in the study of this contentious issue, the Malaysian Intellectual Property Association (MIPA) recently conducted a survey among its members. While the current stand taken by MIPA is neutral, the feedback received has revealed interesting insights among its diverse section of members, ranging from IP practitioners, business and trade mark owners (including those from the tobacco industry), trade associations and think tanks. To some extent, the views raised do mirror what has been similarly leveled by both sides of the plain-packaging debate on the international platform.

It is indisputable that smoking is adverse to human health. However, the question remains whether a government can prevent the use of a tobacco trade mark as a matter of public policy when the mark is not misleading or contrary to public morals? How do we strike a balance between protecting public health and safety without encumbering upon trade mark use excessively or more than necessary? The implications on trade mark rights of tobacco stakeholders must not be side-stepped.

Trademarks are recognized as a very valuable asset of a manufacturer, especially in a global economy, to distinguish their goods from similar wares of the competition and educate consumers on brand loyalty. Trade mark owners often invest heavily in protecting and using their brands. They are commercially-rewarded when consumers are willing to pay more for such branded products, compared to competing offerings in the market. Consumers the world over rely on trade marks to distinguish products at a glance by way of fanciful designs, colours, images and logos on the packaging. If these identifying elements are removed, consumer loyalty may be affected because consumers may perceive plainly packaged products as likely similar in quality. Consumer choice is best served by access to information but by homogenizing all packaging to be plain will erode any distinguishing elements and the function of a trade mark. Government measures affecting product labeling have typically involved adding information to the label (e.g. mandatory pictorial health warnings on cigarettes, nutritional content breakdown on food products), enabling consumers to receive more information to make an informed purchase decision, not less. However, plain packaging limits the communicative value of the label.

The public health reasoning behind plain-packaging regulations is a legitimate objective but one wonders whether the means to achieve this end is disproportionate and unnecessarily restrictive. Thus far, there is no concrete evidence to support any suggestion that plain packaging cigarettes will successfully discourage smoking or change smoking behaviour. Fundamentally, the WTO does not view trademarks as good or bad based on the nature of the product. They are independent. If public health is paramount, then the courageous step would be to ban tobacco products completely. Otherwise if the products are still lawfully available, then the trademarks used upon them should not be unfairly subject to regulations that adversely limit the scope of trade mark protection or unjustifiably encumber their use. A trade mark by its very nature is intended for commercial use. Thus, it makes little sense to with one hand give a trade mark its protection and with the other hand remove its use on a lawfully available product; especially where such use is essential to fulfill core functions of a trade mark.

Plain packaging will enable counterfeit packaging to be even more easily reproduced, at lower cost and with less printing techniques needed. This may see a shift and rise in smokers turning to the illegal cigarettes market, which is unregulated and may do more harm to the consumers than regulated cigarettes.

It can be empathised (even by a non-smoker) that the tobacco industry feels unfairly singled out to be deprived of its trade mark rights. This sets a dangerous technical precedent where similar plain-packaging regulations can target other industries next including alcohol products, processed food, etc. It would amount to an undesirable, slippery slope situation where trade mark rights and use would be curtailed just because they are applied upon products that are deemed unhealthy for the public. Instead of such excessive regulations, we would agree that mandatory health warnings, disclosure of product contents or characteristics and refusing misleading signs or advertising should be more than sufficient to reasonably police the tobacco industry.