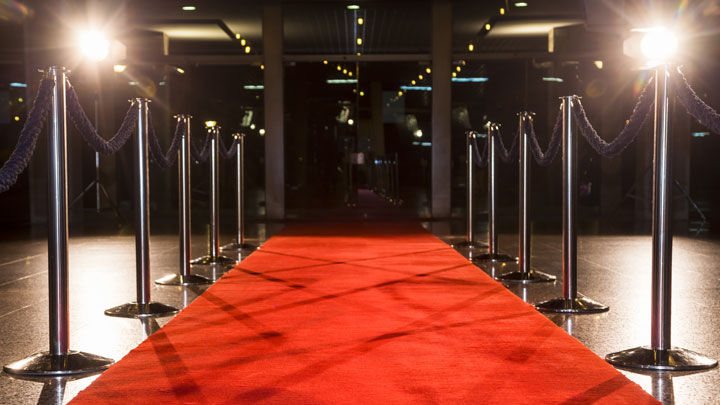 Famous personalities refer to people who have gained fame and public attention. They may be a singer, actor, comedian, television host, sport personality, model or even a business person. These famous personalities are often treated as role models by the masses. In today’s world, it is no surprise that people strive to imitate their idols’ lifestyle with the clothes they wear and products they consume. Indisputably, famous personalities are indeed capable of influencing and even changing the lives.

By gaining public attention and becoming famous, a lot of issues may arise in situations where unscrupulous people try to copy and imitate or ride on your well-established reputation for their own benefit. Under such circumstances, what can famous personalities do in order to protect themselves and their reputation?

Nowadays, many businesses have opted to use famous personalities as part of their marketing strategy to make their product or organisation more appealing to consumers. This is known as ‘product endorsement’, which would involve the use of the name, signature or image of the famous personalities in respect of certain products or services.

Given the situation, it is important to explore protection in terms of intellectual property which primarily consists of trade mark, copyright and industrial design. A trademark acts as a source identifier which is to indicate to the public the origin of the goods or services in the sense that the goods or services bearing the same trade mark would originate from the same source regardless of the identity of the source. Once a mark is registered under the Trade Marks Act 1976 (“TMA”), the owner of the trade mark enjoys exclusive rights to the use of the trade mark in relation to the goods or services in respect of which the trade mark is registered. This is akin to a monopolistic right. The trademark may be in the form or shape of the name, signature and even the image of the personalities provided the legal requirements under the TMA are satisfied. The registrability of a signature of an applicant is expressly stated under Section 10(1)(b) of the TMA.

However, it is rather tricky when it comes to trademarking the name or image of a famous personality for a certain product especially when it is not able to act as a source identifier or where it lacks distinctiveness. In the Elvis case, Elvis Presley Enterprises Inc (“EPEI”) is responsible for selling Elvis merchandise in the United States. In 1989, EPEI filed applications to register the words ‘Elvis, ‘Elvis Presley’ and ‘Elvis A Presley’ as a signature in the United Kingdom for toiletries and cosmetic products. Mr Sid Shaw had earlier been granted a trade mark in the name ‘Elvisly Yours’ in relation to toiletries. Mr. Shaw then opposed the EPEI trade mark applications as he wanted to use the Elvis name. 1The English Court of Appeal in Elvis Presley Enterprises v Sid Shaw Elvisly Yours [1999] EWCA 1086 confirmed that the names ‘Elvis’ and ‘Elvis Presley’ could not be registered as trade mark because they did not distinguish the goods of one trader from another. It was held that Elvis Presley products were not associated with any particular manufacturer and did not serve to designate the origin of the goods. In other words, when a consumer buys an Elvis Presley product, it is because it bears the name or image of Elvis Presley, not because ‘Elvis’ is a badge of origin or guarantee of quality. The image of Elvis in the soap was a ‘decoration’ in the broad sense. People bought the soap for the simple reason that Elvis’ image was part of the product. Consumers were attracted to Elvis as a personality, and therefore attracted to purchase the soap.

The situation is rather different when personalities (either through themselves or their branding agency) develop and produce their own products using their own name. In this scenario, the personality’s name as a trade mark would be able to act as a badge of origin by indicating the source of the products. While obtaining protection of a personality’s image is possible, it must be noted that this will not in itself prevent another’s general and fair use of their image. Moreover, it is only that particular image that has been registered will be protected and any other different images or photographs may be open to exploitation by others. That being said, an action for passing off may be available.

In the case of Sherinna Nur Elena Bt Abdullah v Kent Well Edar Sdn Bhd [2011] MLJU 454, the plaintiff who had won several beauty pageant titles in Sabah attempted to take action for inter alia, an invasion of privacy against the defendant for using her photographs and images on the packaging of the defendant’s products and on large advertisement boards without her permission. The action was dismissed by the court. In this case, the court did not allude at all to the possibility that the defendant’s action amounted to a misrepresentation of endorsement or association within the context of passing off. This case would seem to imply that such personality merchandising does not fall within the law of passing off.

Copyright and industrial design are yet another protection available to personalities. For example, copyright can prevent third party from taking unfair advantage of works which they did not create. The Copyright Act 1987 confers on the copyright owner the exclusive right to control the reproduction, the performance, showing or playing, the distribution of copies and so on. Basically, copyright is able to protect songs, lyrics, artworks, books, photographs and etc. Industrial design on the other hand would protect the design of merchandise (e.g. shoes, handbags, perfume bottles) which can be commercially mass-produced by granting the owner (e.g. personality) the exclusive right to the use of the design.

In closing, personalities and their public persona are able to generate intellectual property rights. As IP rights are intellectual assets, having them properly protected and enforced is crucial to ensure that there is no bad faith exploitation by parties without proper recompense to the personality involved.