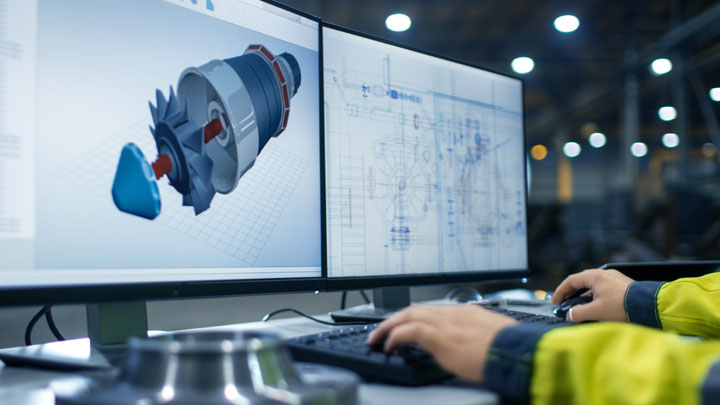 An industrial design consists of the creation of a shape and configuration, or a pattern and ornamentation in two- or three-dimensional form containing aesthetic value that is used to produce a product, industrial commodity or handicraft. Processing of industrial design applications in Malaysia is handled by the Industrial Designs Registry at the Intellectual Property Corporation of Malaysia or better known as the Malaysian IP Office (MyIPO).

To fulfil the requirements of a registrable design in Malaysia, the design must:

Some items which are not eligible for industrial design protection in Malaysia are:

The Industrial Designs Act 1996 was last amended in 2013 which included moving from local novelty to worldwide novelty as well as extending the term of protection from 15 to 25 years. The amendments in 2013 also now recognize registered designs as security interest capable of being used as collateral in financial transactions. Furthermore, before the 2013 amendments to the Act, the Industrial Designs Regulations 1999 were amended the preceding year in 2012 which saw a significant increase in official fees across the board.

It is important to note that the Industrial Designs Act does not provide for the filing of partial designs as industrial design applications are in respect of the whole article. It is only possible to file an application for part of an article, if that part is made and sold separately.

Also, it is possible to file an industrial design application for a “set of articles” which is defined as a number of articles that are of the same general character and ordinarily on sale together or intended to be used together.

With regards to graphic user interfaces (GUIs), the Industrial Designs Act defines an industrial design as the features of shape, configuration, pattern or ornament applied to an article by an industrial process or means. The definition does not provide support for the registration of designs of icons and/or (static/animated) graphic user interfaces because it is questionable what actually constitutes the article which the industrial design is applied to, and the industrial process used. However, MyIPO has taken the view that designs for icons and graphical user interfaces are in fact registrable, by allowing applications for such designs to be registered. No official explanation has been given to date, so there may be questions on the validity of such registrations during enforcement.

Since the 2013 amendments, industrial designs in Malaysia have a worldwide novelty requirement i.e. for a design to be registrable it must not have been publicly disclosed in any way before the application is filed. The Industrial Designs Act provides for a novelty grace period where within a period of six (6) months before the filing date, a public disclosure may be disregarded when:

There is no provision for requesting for deferment of publication of an industrial design in Malaysia. In the 2013 amendments, an industrial design application will be published in the official IP Journal or made publicly available only after the application is registered. The official IP Journal is easily accessible online on MyIPO’s website. This replaces publication in the Government Gazette which is only available in print and must be purchased from MyIPO.

All industrial design applications are only subject to formal examination to determine that all paperwork is in order and are not statutorily required to undergo substantive examination. However, substantive objections are occasionally raised by the examiners. MyIPO also conducts a novelty cross-check of its own records for conflicting registrations. The nature of the formal examination system is such that most applications do proceed to registration.

Previously, examiners will usually closely refer to the priority document when conducting formal examination. Any mismatch such as in the title of the article or the number of figures from the priority document will usually be objected to. However, in recent months, the Industrial Designs Registry has taken a more independent stance especially when determining the suitability of the title of the article. Examiners have been more proactive in requesting changes to the title by suggesting alternatives that they deem more appropriate. Titles which are too broad and general will usually be requested to be amended to be more precise. Fortunately, examiners are usually open to discussion and suggestions for alternatives if the applicant finds the suggested title unsuitable.

Broken lines and shading are permitted under MyIPO’s current practice if they are for the purpose of distinguishing the portion of the article in which the novelty of the design resides. Broken lines and shading are commonly used in partial design applications in other countries to distinguish the part for which design protection is sought from the part for which design protection is not sought. However, as previously mentioned, the Industrial Designs Act does not provide for the filing of partial designs and the use of broken lines and shadings must be strictly restricted to determine the novel portions of the article.

Colours are still not registrable after the 2013 amendments and hence, the representations should be prepared in black and white only. Line drawings are usually preferred. There is currently no discussion to allow colour variations to be registrable. Photographs may be filed and should be filed in monochrome but the filing of photographs is generally not recommended since monochrome photographs are typically not sufficiently clear for reproduction.

The Industrial Designs Act does not provide any provisions for opposition proceedings and there is no intention to include such proceedings any time in the near future. However, an industrial design may be revoked at any time after registration through an application to the Court.

It is also important to note that in the 2013 amendments, a recordal of change of ownership of a registered design must be applied for within six (6) months. Otherwise, the Court shall refuse to award costs to the new owner in an infringement action unless it is satisfied that recordal within that term was not practical and was done as soon as possible thereafter.

As 01 September 2019 approaches, the Industrial Designs Act 1996 will be marking its 20th anniversary. Since coming into force, MyIPO has received 31,923 industrial design applications and 27,777 of them have been registered up to June 2019. About 60% of these figures are foreign applicants while the remaining 40% are domestic applicants.