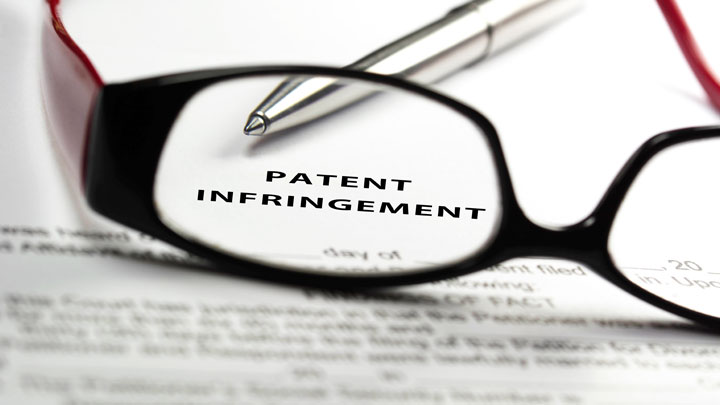 In a rare though welcome reversal, the Federal Court in Merck Sharp & Dohme & Anor v Hovid Berhad ([2019] 9 CLJ 1) has over-ruled its earlier authority on the effect of invalidation of an independent claim of a patent on the associated dependent claims.

The practical effect of SKB Shutters was that trial courts do not need to determine the validity of any dependent claim once the claim upon which it is dependent has been found to be invalid. In such a scenario, all of the claims and therefore the patent were effectively doomed.

SKB Shutters was binding on the lower courts under the legal principle of stare decisis and indeed was applied by the High Court in the original Merck case. In that case, Merck had sued Hovid for infringement of their Malaysian patent. Hovid had counterclaimed that the patent was invalid. Upon finding that the sole independent Claim 1 was invalid for lack of inventive step, the High Court judge declared that all the remaining dependent Claims 2-22 shall be consequentially invalidated without a need for the Defendant to adduce evidence against each dependent claim. The High Court’s decision was upheld by the Court of Appeal.

Merck, as Appellants, were granted leave to appeal to the Federal Court. They contended that the approach that a dependent claim automatically falls with its independent claim was out-of-sync with current international practice. The patentability of each claim should be assessed on the basis of its merits since the additional features included in a dependent claim rendered its scope of monopoly different to that of the independent claim it refers back to.

Leave was granted by the Federal Court based on the following question of law:

Departing from the earlier authority, a 3-2 majority of the Federal Court panel answered this question in the negative. The Court declared:

The decision of SKB Shutters, with respect was premised upon an incomplete consideration of the law relating to the invalidation of claims. We are of the considered view that this court should depart from the ruling of the said case.

There were three core reasons for departing from the principles laid down in SKB Shutters:

The section of the United States Code on the presumption of validity of claims was also referred to. This indicates that each claim of a patent, irrespective of claim type, is to be presumed valid independently of the validity of all other claims.

2. An Australian case (E I Du Pont De Nemours) that was cited in SKB Shutters was based on a different factual situation that meant it was not an appropriate precedent. In this Australian case an opposition succeeded on appeal with the independent claim being held invalid. The applicant then proceeded to file a divisional application with identical claims to the opposed parent application. The Commissioner of Patents refused the divisional application on the basis of the earlier court decision. The applicant filed an amendment with a new independent claim based on one of the original dependent claims. This claim was ultimately held allowable and not prohibited by the earlier judgment.

It is apparent from a perusal of the judgments relating to this series of litigation, that the primary issue for consideration by the Full Court [of Australia] was that of issue estoppel. The focus of the judgment related to whether ICI was precluded from filing an amendment application for what was, in essence, the same dependent claim that had earlier been dismissed due to the invalidity of the independent claim on which it was based. It does not appear from the judgment of the Full Court of Australia that it was focused on laying down any form of rule for the treatment of dependent claims to the effect that they fell automatically as a consequence of the independent claim being held to be invalid for lack of novelty.

3. While Section 79A(3) prohibited the Registrar from allowing an amendment of a patent while there were ongoing court proceedings, a careful and pragmatic interpretation of the provision did not rule out the Registrar considering and opining on a proposed amendment. The amendment could then be given effect by way of the Court’s order upon termination of the trial proceedings.

Such a practice would give meaning and effect to Section 56(3) of the Patents Act which recognizes partial invalidation of a patent. The Federal Court interpreted this provision as implicitly empowering the court to order amendments of the surviving claim or claims.

We reiterate that it is essential that when a court is tasked with ascertaining the validity of a patent comprising both independent and dependent claims, the trial court is bound to evidentially assess each of these claims separately.

Overall, this decision of Malaysia’s apex court is a positive development that restores common sense to the handling of patent validity by trial courts. The judgment also emphasizes the importance of judicious reference to foreign statutes and case law. Advocates will always be able to find foreign precedents that seemingly support their clients’ respective positions. The enquiry must not end there. Principally, there are two situations where reference to foreign statutes and case law may prove valuable.

The first situation is where the Malaysian and foreign laws are very similarly worded and the Malaysian law has not yet been judicially interpreted. A fine example is the Merck trial itself where the High Court judge turned to European patent law to decide on the allowability of Swiss-type second medical use claims.

The second situation is where the Malaysian law is short on detail and the equivalent foreign law contains useful elaboration to fill perceived gaps and deepen understanding of underlying objectives. The Federal Court’s reference to the definition and treatment of the validity of dependent claims in the United States Code well illustrates this aspect.

Another key takeaway is the close attention paid by the Federal Court to the wording of the Malaysian statute, in particular on the issues of partial invalidity and post-grant amendment. The Federal Court’s earlier judgment in Spind Malaysia on the assessment of inventive step is another good illustration. There, the court declined to apply the problem-solution approach to inventive step, as is routinely done in Europe. The reason was that under Section 12 of the Malaysian Patents Act such an analysis is used to define a statutory invention. Adopting the same approach in the determination of inventive step under Section 15 would conflate two distinct legal requirements.

However, the Federal Court did rather muddy the waters on one aspect of Merck. The majority decided there were two distinct types of dependent claims, only one of which appears to meet the legal definition in the Patents Regulations. Fortunately, it is indicated that the trial court should still hear and consider evidence as to validity irrespective of the type of dependent claim. The administrative process of amending a partially valid patent also remains to be settled. Future amendments to the Patents Act and Regulations may be expected to lay down the procedure.

And just as Malaysia’s Federal Court breathes life back into dependent claims, a recent decision out of Singapore is casting a dark shadow over them. The Court of Appeal decision of Sunseap Group Pte Ltd & 2 Ors v Sun Electric Pte Ltd ([2019] SGCA 04) is reported elsewhere in this newsletter. Commenting on the Singapore High Court’s power to order the revocation of a patent whose validity had been challenged in an infringement action, the Court of Appeal declared:

This statement is evidently a serious misreading of the Singapore High Court case (Lee Tat Cheng) on which it is premised. In the latter case, it was clearly stated that the treatment of any dependent claims required further consideration for the purpose of validity:

Back in Malaysia the Singapore decision in Sunseap was quoted by the dissenting minority panel of the Federal Court in Merck. The IP profession in Singapore, on the other hand, rightly sees the discussion of dependent claims in Sunseap as manifestly in error. It remains to be seen whether the courts in Singapore will seek to set the record straight on dependent claims. Meanwhile, the Merck case itself has been returned to the Kuala Lumpur High Court for deliberation on the validity of the patent’s dependent claims.

In defence of first Malaysia and now Singapore losing their way on dependent claims, even seasoned patent professionals do sometimes grapple with the apparent incongruity in the treatment of dependent claims for the purposes of infringement and novelty. If an independent claim is not infringed, any claim dependent on it will automatically also not be infringed. Yet paradoxically when an independent claim lacks novelty the treatment is different, and one must move on to assess separately the novelty of the claim or claims dependent on it. The warning from the Singapore High Court in the Lee Tat Cheng case about not getting too distracted by labels is spot on. Too much has been instinctively read into the “dependence” of dependent claims. In reality, the use of dependent claims is no more than a drafting convention and administrative shortcut that saves the need to painstakingly repeat the features of the independent claim. Patent agents around the world expend considerable effort in the drafting of claims of each category. In fairness to the patent owner, each claim deserves a life of its own when placed under the validity spotlight.