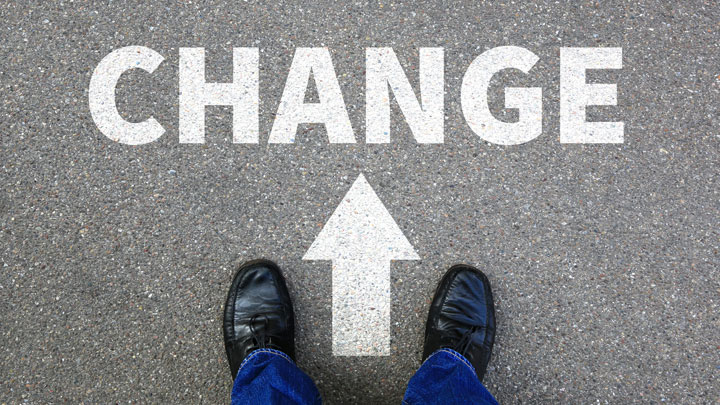 A Change Would Do Us Good
by Lim Eng Leong

After close to a decade of intermittent discussions, proposals, referendums and making up for lost time between the powers-that-be and stakeholders, the new Trademarks Bill (and soon to be Act) of 2019 finally see the light of day. This would mark (pun intended) an ambitious and complete overhaul of the aging Trade Marks Act 1976. The new Bill was tabled in the Malaysian Parliament on 11 April 2019 and was approved (with some amendments) by the Lower House (Dewan Rakyat) on 02 July 2019 and the Upper House (Dewan Negara) on 23 July. Pending royal assent, it is now almost as certain that the sun will rise in the east that the new Act will come into effect by the last quarter of this year.

At this precipice of exciting change in the Malaysian trademark landscape, it is apt that we bring to you some highlights of the imminent changes that we can expect when the new law becomes enforceable.

For close to two years now, Malaysia and Myanmar were the only two remaining (out of ten) ASEAN members that have fallen behind and not yet acceded to the Madrid Protocol. Thus it would be a landmark development when the new Act kicks the door wide open, making it possible for Malaysian brand owners to finally benefit from the administratively efficient and somewhat more cost-effective international trademark registration system when expanding trademark protection overseas. Similarly, it would hopefully spur more foreign brand owners to seek protection in Malaysia by way of a simple designation.

In the spirit of long-overdue modernization, the 2019 Act will take the giant leap of expanding the types of trademark recognized for registration. These so-called non-traditional marks have actually been considered conventional for a while now in many matured IP markets. This would include shape, colour, sound, scent, hologram, positioning marks; with the caveat that they must be signs capable of being represented graphically.

In a similar vein of expanding the scope of registrable marks, collective marks are now protected under the new Act and they are defined as “a sign distinguishing the goods or services of members of the association which is the proprietor of the mark from those of other undertakings.”

Some culling done to the previous Act meant that archaic trademark concepts like defensive marks and association of marks have been abolished under the new statute.

Another measure taken by the new legislation to make trademark administration more efficient is allowing multiple classes to be designated within a single application, replacing the need to file one application per mark, per class. There is no indication if there will be a cap on the number of classes that can be claimed in one application but regardless, the consolidation of classes will definitely reduce cost, paperwork and formality examination time. Hand-in-hand with this positive change is also corresponding allowance for division and merger of applications so that trademark owners can better manage their portfolio.

One deeming provision found in the 2019 Act states that the application date of a trademark in Malaysia shall be its filing date, regardless of the priority claimed from a Paris Convention application. Any such priority date is limited in purpose for determining the precedence of rights during examination.

In the Act’s pursuit of expediency, a trademark applicant may soon only be allowed one strike in the form of the Registrar’s provisional refusal of the application based on absolute (inherent registrability) and/or relative (conflict with earlier or well-known marks) grounds within the Act. If the Registrar maintains the refusal following the applicant’s one-off submissions, he will issue a total provisional refusal where the applicant is forced to appeal to the High Court if he is to avail himself to another round of argument.

Upon successful registration, only a sealed notification will be issued by the Registrar. If the registered proprietor would like a certificate of registration, a request with prescribed fee would have to be submitted. The presumption (with exceptions) that a registration is valid and conclusive will kick in sooner at five years after registration, instead of seven under the 1976 Act. Renewal of a multiple class registration can be selective but the class(es) that will not be renewed must be removed by way of filing a division.

A registered trademark in Malaysia will finally be accorded due legal recognition as a personal or movable property and thus may be the subject of a security interest in the same manner as any other such property. Together with other registrable transactions such as assignment of a trademark, placing a charge or a court order for transfer of ownership, they are not enforceable against another conflicting interest unless these transactions have been recorded with the Registry. The only statutory exception would be for trademark licences, where its registration will remain non-mandatory as per the current position. However, should it be recorded with the Registry, the public shall be deemed to have notice of the licence.

Licensing provisions such as the above being made in the 2019 Act mean bidding farewell to the archaic terminology “registered user”. Licences would be effective so long as they are put down in writing and signed by the licensor. Exclusive licence and sub-licensing are expressly recognized; with new rights of an exclusive licence being introduced as distinct from those of non-exclusive licensees. Even losses suffered by a licensee shall be taken into account by the court in infringement proceedings.

The scope of trademark infringement and its exemptions has been substantially expanded by the new statute. In the near future, there could be infringement even in the use of a similar mark on similar (as opposed to being identical) goods or services to those registered by the plaintiff. Liability will stick to secondary users who know or have reasons to believe that such use is without authorization of the trademark proprietor. To give more bite to the reliefs already available to a registered proprietor, additional damages akin to aggravated damages can now be ordered by the court where appropriate, including where there is flagrancy in the infringement or a need to punish the defendant.

As anticipated, it will now be an actionable offence to threaten infringement without basis, although a mere notification that a trademark is registered does not constitute a threat. An aggrieved person may seek a declaration from the court that the threats are unjustified, damages for loss suffered from the threat and injunct against any continuation of such threat. This will curtail any errant intimidation from persons who have no business enforcing trademark rights.

Besides voluntary cancellation by the proprietor himself, registered proprietors should be aware that their registrations could be challenged in various forms under the new Act. A registered trademark could now be revoked by either the Registrar or the court, under different prescribed circumstances including wrongful grant, non-use or suspended use without proper reasons. A registered trademark can also be invalidated by the court based on absolute or relative grounds under the Act, fraud or misrepresentation in the procurement of the registration.

Many of the criminal offences, penalties and enforcement provisions in relation to counterfeit trademarks under the Trade Descriptions Act 2011 have been ported over to the Trademarks Act 2019. Most notably, after the amendment of both these statutes, there is no longer any need to obtain a Trade Description Order (TDO) to act against a counterfeit trademark that is not identical to the registered mark. Instead, the Registrar’s verification whether there are confusing similarities shall be prima facie evidence in such legal proceedings.

The new statute accords privilege for communication made between a registered trademark agent and the person authorizing the said agent, to the same extent as communication between a solicitor and his client. The right of lien enjoyed by a solicitor in relation to documents and property of a client is similarly extended to the registered trademark agent.

Many of the new provisions will require procedural clarification from the all-necessary and accompanying Trademark Regulations 2019, which has not been released at the time of this writing. We await the Regulations with great expectation and anticipation. The changes found within the 2019 Act are both exciting and can potentially be peppered with some uncertainties, but they are nonetheless positive and welcomed changes heading into the right direction. Here’s to a smooth transition into a new era of trademark protection in Malaysia.