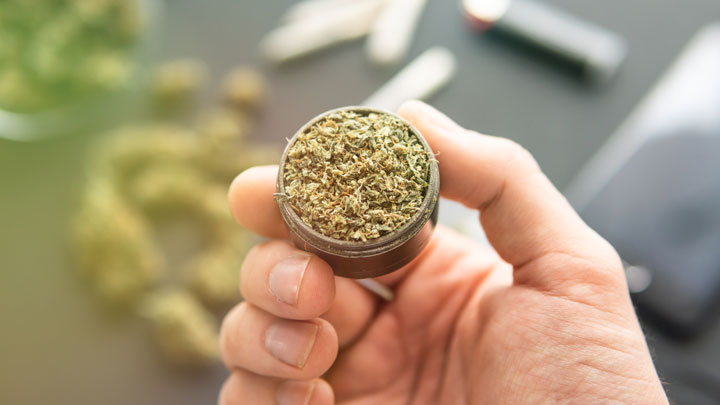 The Plaintiff is the common law owner of the following trademarks in respect of tobacco products.

The Defendant is the registered trademark owner of Trademark Registration Number 2011010139 for “tobacco, smokers’ articles, matches, all included in Class 34” where the mark is represented as follows:

In 2017 the Defendant applied for a Trade Description Order at the High Court and enforced the Order against the Plaintiffs, who later filed an application to set aside the said Order. Whilst this matter was still pending resolution in Court, the Plaintiff filed a rectification action based on Section 45 of the present Trade Marks Act 1976 (TMA) against the Defendant’s trademark premised on the following grounds:-

The Defendant refuted the claims and argued that their mark was an invented mark, non-descriptive and was sufficiently registrable. According to the Defendant’s counsel the mark must be seen/read as a logo in its entirety, not as ‘ORIGƎNAL’ or ‘Original’. Further as the Defendant had used its mark in relation to its products, also being tobacco and the mark had become factually distinctive of them.

The Court considered all the arguments and evidence presented and decided on the following:

1. The Plaintiff was clearly an aggrieved person as required by the Act since they were competitors operating within the same locale and in respect of the same goods;
2. The Defendant’s mark, when considered as a whole was deemed as a fanciful word that was neither connected nor related to the word “original”. As such the mark could not be seen as being descriptive in describing the quality of the products sold by the Defendant.
3. In view of the fact that the Defendant has showed substantial long use of their mark as badge of origin, it had become factually distinctive and can be distinguished from the rest of the marks competing in the market.

Notes: This case highlights the importance of how a mark ought to be represented so that it comes across as being particular in style and coupled with usage is able to resist claims of removal from the Trade Marks Register.

This is an appeal against the Registrar’s decision in dismissing two oppositions brought about by the Plaintiff against the Defendant’s trademarks bearing Trademark Application Numbers 01012520 and 01012522 in Classes 8 and 15 respectively.

The Plaintiff needs no introduction as it is the owner of the world famous Rolls Royce trademarks with the earliest Malaysian mark registered in 1959. The Plaintiff relied upon the following three trademarks when they lodged the Opposition proceedings.

After a lengthy opposition proceeding premised upon Sections 14, 18, 25 and 82(2) of the Trade Marks Act 1976 (TMA), the Registrar had dismissed both Oppositions hence these appeals to the High Court, which were then consolidated into a single Hearing.

The various grounds of appeal included, amongst others, the following:

It must be noted that under Section 69 of the TMA, the nature of a Hearing of an appeal against the decision of a Registrar is a rehearing of the original cause and the High Court is empowered to examine the merits of the case, correct the errors in the Registrar’s decision and make orders according. It follows that at the appeal stage, no further materials or additional grounds of objections are allowed without leave.

Reproduced below are the salient points of the Registrar’s Grounds of Decision:

It is clearly established in the case of RYSTA LTD’S APPLICATION that the question of whether the use of trademark to be likely to deceive or cause confusion is not an exercise of discretion but is a question of fact. Thus, there is a need to consider the actual circumstances of the case. In this instance, such circumstances will include the nature and use of the goods, the kind of customers that buy the goods, the trade channel in which the goods were sold and the whole impression given by the marks.

Based on the claim of usage by the Opponent in Class 18 (and Class 25) goods, it means that the nature and use of the goods is the same. Furthermore, as far as the goods in Class 18 are concerned, it must be noted that these are not the kinds of goods that customers would just pick and then pay at the counter without reasonably considering things such as the conditions of the goods, the price as well as the trademark before deciding to make a purchase. These are not those goods which customers would buy without giving much thought. Thus I am of the opinion that ordinary customers who exercise reasonable care while making a purchase would notice the differences between the applicant’s and the opponent’s marks.

The target customer for the Applicant’s goods are for the general public whereas the target customer for goods bearing the Opponent’s mark are most likely the public that are already aware of the brand of cars produced by the customers (Rolls Royce). In fact, the product catalogue that was given by the Opponent in their statutory declaration (SD) referring to their product as ‘promotional merchandise’ (Exhibit P). The catalogue also displayed the goods in Sterling Pounds which make it clear that its intended customers are the public in the United Kingdom. The Opponent did give annual sales figure for Class 18 (and Class 25) in Malaysia in Exhibit R but in table format with no other supporting documents such as invoices were produced.

The Opponent admitted that their products can be found for sale online through 2 websites; www.exostar.com (for registered users only) and www.4imprint.co.uk/rolls-royce (for members of the public). Whereas the trade channel for Applicant’s goods is their establishment centre inside the Saujana Hotel, Kuala Lumpur. Thus, the trade channel for the Applicant’s and Opponent’s goods are also different.

It is clearly stated in the case of BATA LTD V SIM AH BA that differences in the trading channels of the parties played an important part in deciding whether the public would be confused by the use of the contending marks. The trade channel for Applicant’s goods is their entertainment center whereas for the Opponent’s goods, the goods can be purchased through online. There is a clear distinction between the trade channels of both parties. I am of the view that the public will not be confused or deceived by the use of the contending marks since there is clear differences in trade channel and also the target customers.

Taking into account the differences in the aspect of target customers and the trade channel, I am of the opinion that there is no real tangible risk that the purchasing public would be confused or deceived into believing the goods of the parties come from the same source or wondering whether or not that might be so.

Furthermore, by observing the manner in which the Applicant’s mark and the Opponent’s mark is used by looking through the evidence submitted by both parties, I am of the view that use of the marks in their respective and normal fair manner in connection with the goods covered thereof would not cause confusion or deception in the trade and to the public. Therefore, in view of the aforesaid, I have come to the conclusion that the use of the applicant’s mark is not likely to deceive or cause confusion to the public. Thus, the opponent had failed in its opposition under Sections 19(1) and 14(1)(a) of the Act.

The Opponent claimed that the Opponent’s mark is a well-known mark.

Based on the wordings in Section 14(1)(e), the vital element here is there must be some kind of evidence that indicate a connection between the Applicant’s goods and the Opponent’s goods and the interest of the Opponent are likely to be damaged by such use. The wording of Section 70B that deals with protection of well-known marks also stressed on the fact that the use must be likely to deceive or cause confusion.

At the appeal stage, the Learned Judge was requested to review the Registrar’s finding that the Defendant’s mark was found to be confusingly similar to or nearly resembles the Plaintiffs’ marks. It was held, upon a consideration of both the marks concerned that the Defendant’s opposed mark was indeed significantly dissimilar visually. This is explained as per the excerpt of his judgment below:

“In the circumstances, I am in agreement with counsel of the Defendant that the Plaintiffs’ Mark consists of 2 alphabets “RR” which is presumably an abbreviation of Rolls Royce whereas the Defendant’s Impugned Mark symbolises the building concept known as “Rumah Peranakan” and having two alphabets “RP” within the diamond or rhombus shaped box to symbolise the Peranakan tile concept. The emphasis of both marks is obviously different and they stand out differently too. The difference is even more conspicuous if the coloured version of the Defendant’s Impugned mark is compared with the Plaintiff’s Mark. The “RR” in the Plaintiffs’ Mark is in my opinion so unique and well recognised to be mistaken. That notwithstanding, the “RR” and “RP” alphabets seen in the marks are distinct and plainly distinguishable to me. They would not objectively be resembling each other even viewed through imperfect impression or recollection in line with the cases of De Cardova and Others v Vicks Chemical Coy (1951) 68 RPC 103 and Tiga Gajah Cho Heng Sdn Bhd v Maju Perak Tepung Beras Sdn Bhd.

So premised, I therefore, with respect, find and hold that the learned Registrar had erred in fact in concluding that the Defendant’s Impugned Mark looked confusingly similar or nearly resembled the Plaintiffs’ Mark as a whole. They are neither identical nor so nearly resembling each other.

In having so found that the Impugned Mark and the Mark are dissimilar significantly, there can ipso facto be no cause of confusion or deception to the public. It is accordingly hence unnecessary to analyse the use of the marks as to whether confusion or deception could be so caused too. I will nonetheless briefly deal with it for completeness.”

The Learned Judge went on to confirm that the Plaintiffs’ marks were well known in relation to luxury motor vehicles but determined that there was no likelihood of confusion and/or deception arising in the co-existence of the marks since the goods are distinguishable and the marks were used in different trade channels. Further, the Judge highlighted that the Plaintiff were unable to support their claims since they did not produce any evidence of any damages suffered as a result of the Defendant using their marks in the market.

Note: This Appeal showcases the importance of taking all relevant factors into consideration before one can be successful in an Opposition proceeding. The tenets of trademark laws remain in that the marks in question are to be compared as wholes, a consideration of the relevant goods is necessary and the trade channels in which the marks are used is significant when opposing.